For those of us in emergency management, we often talk about disasters, incidents, events, emergencies, catastrophes, and disruptions. When I teach FEMA courses, sometimes the exact definition of disaster comes up–but few people are prepared to answer “What is a disaster?” I often ask “Is a category 5 hurricane a disaster”? A lot of people usually nod in agreement. Then I ask “what if the hurricane stays over the ocean and doesn’t affect any humans?” Not a disaster, right? More heads nod. 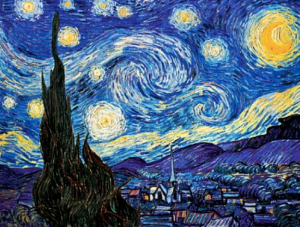 I alway like to start by discussing the etymology of “disaster” (mostly because I’m an EM geek). The word “disaster” was formed from “dis” (which means apart/away) and “astro” (which means “star, planet”). In other words: “ill-starred” or against the stars, such as an astrological explanation for “a calamity blamed on an unfavorable position of the planet.” While it’s interesting to understand how “disaster” got its groove in the 1560’s, how we use the term today is important–especially as it pertains to disaster declarations and how we define when a situation transforms from a simple emergency to a disaster.

In fact, FEMA routinely sidesteps defining “disaster”. FEMA’s glossary of terms doesn’t have a definition for disaster, neither does the National Response Framework glossary nor the ICS Resource Center Glossary.

Instead, FEMA relies on the Stafford Act definition of a “major disaster”: which is “any natural catastrophe (including any hurricane, tornado, storm, high water, winddriven water, tidal wave, tsunami, earthquake, volcanic eruption, landslide, mudslide, snowstorm, or drought), or, regardless of cause, any fire, flood, or explosion, in any part of the United States, which in the determination of the President causes damage of sufficient severity and magnitude to warrant major disaster assistance under this Act to supplement the efforts and available resources of States, local governments, and disaster relief organizations in alleviating the damage, loss, hardship, or suffering caused thereby.” In other words, the definition of a major disaster is almost any situation in which the President decides to declare it a disaster.

Dr. Wayne Blanchard authored the Guide to Emergency Management and Related Terms, Definitions, Concepts, Acronyms, Organizations, Programs, Guidance, Executive Orders & Legislation in 2008. It’s an extraordinary resource for definitions and an annotated history of emergency management terms. Dr. Blanchard wasn’t able to narrow down a single definition either. In fact, the definitions for “disaster” start on page 275 and continue to page 285.

Definitions include the typical definition used in emergency management textbooks: “An event that requires resources beyond the capability of a community and requires a multiple agency response.”

Then there are several interesting definitions, including:

I usually prefer the last definition. For my purposes as an emergency manager, that definition successfully balances the impact of the hazard on unassisted response/recovery, includes the life-threatening consequences in response to the hazard, and makes mention of the various lines of operation affected by disaster (sociological, environmental/ecological, economical, and political).