The first active shooter exercise I witnessed (in 2002) ended with the shooter starting to open fire on his victims, the SWAT team appearing from nowhere then throwing a flash-bang device, and taking the suspect into custody. Before the controller yelled “ENDEX”, the last thing I heard was one of the police officers calling on his radio to send in the medics. 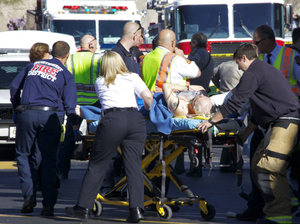 In Tucson, Arizona last year, deputies arriving to the scene of the Rep. Giffords shooting gained notoriety for using special medic kits to provide first aid to the injured. In Tucson, a SWAT medic had assembled $99 kits for police officers based on the military’s Improved First Aid Kit (I-FAK).

Many law enforcement agencies see their job as done once the scene is rendered safe. The Giffords shooting directed national attention to the valiant medical aid the deputies provided after handcuffing the shooter. More agencies are realizing the need for advanced medical training, equipment, and preparedness for all first responders. A recent article in Rialto, CA profiles a emergency room physician who joined Rialto’s SWAT team (they call him the “SWAT Doc”). In the article, Dr. Neeki is quoted saying “it is important for SWAT team paramedics to have advanced training in wound care, airway management techniques, and procedures for spinal injuries.” The doctor is right.

From my personal experience, few fire departments and emergency medical services folks are trained in active shooter response alongside law enforcement. Thus, in my opinion, the response is often disjointed (such as the scene I described where the police capture the bad guy and fail to assist in triage/first aid). 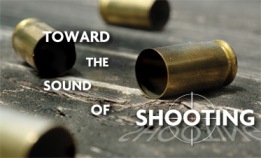 Arlington County, Virginia realized its fire fighters and EMS were not able to be as proactive in response to active shooter scenarios as they desired to be. An excellent, must-read article in the December 2009 issue of the Journal of Emergency Medical Services (JEMS), describes what Arlington County found to be the problem. The article explains: “The current standard fire/EMS response to the active shooter is to stage in a secure location until police mitigate the threat and secure the area to create a scene safe for fire/EMS operations. But there’s a basic problem with this response: While waiting for a secure scene, those injured inside the building aren’t receiving care and are dying from their injuries.” To address this issue, Arlington assembled task forces of medics and police officers to improve safety for their responders while also improving the quality and speed of care for survivors of active shooter incidents. The task force developed protocols for responding to active shooters based on the Tactical Combat Casualty Care (TCCC) school of thought. The TCCC concept was developed in 1996 and was first released in Military Medicine by CAPT Frank K Butler, Jr., MC USN, LTC John Hagmann, MC US, ENS E. George Butler, MC USN.

The major differences between traditional care and TCCC care during mass casualty incidents (with combat-like mechanisms of injury) cited in the JEMS article are the following:

In Arlington, the fire department established Rescue Task Forces (RTF) to incorporate TCCC principles into active shooter response. RTFs work in the following ways:
While definitely sophisticated, I believe the system Arlington County developed is excellent at providing a confident response to an active shooting. Recently, in the District of Columbia, medics near a shooting actually hid rather than respond (DC ambulance hides after mass shooting). A confident and safe response is necessary in all jurisdictions. And please, next time you have an active shooter exercise, don’t stop the exercise when the cops take out the bad guy–real life consequences demand that we train to continue providing care to the injured after the threat has been terminated.